The Region Morphology vTool allows you to modify the shapes and sizes of regions.

You can reduce or expand regions, remove small structures, remove holes, or fill holes. This ensures that subsequent processing is more efficient or delivers better results.

The purpose of region morphology is the manipulation of regions. The basic morphology operations Erosion and Dilation are based on a region mask. Circular and rectangular masks are available, and you can specify their sizes (radius / width and height). Both masks are symmetrical with a well-defined center.

The following morphology operations are available:

A connected component is a region where all pixels have a direct neighboring pixel (in horizontal, vertical, and diagonal direction). Regions that are not connected will be split into individual output regions.

You can also perform region splitting on the raw input region without any morphology operation before.

If you're using region morphology as part of a blob analysis, you can concatenate multiple Region Morphology vTools in order to compute the desired output region at the end.

Depending on the goal of the blob analysis, you may use the Region Selection vTool as an intermediate or final step in a series of region morphology operations to filter out just the relevant regions.

The following images show you how to use two morphology operations (Erosion and Dilation) consecutively to separate touching objects while retaining their original shapes. As a result, the number of objects can be counted properly, potentially followed by an inspection based on region features.

This is the input image showing white tablets: 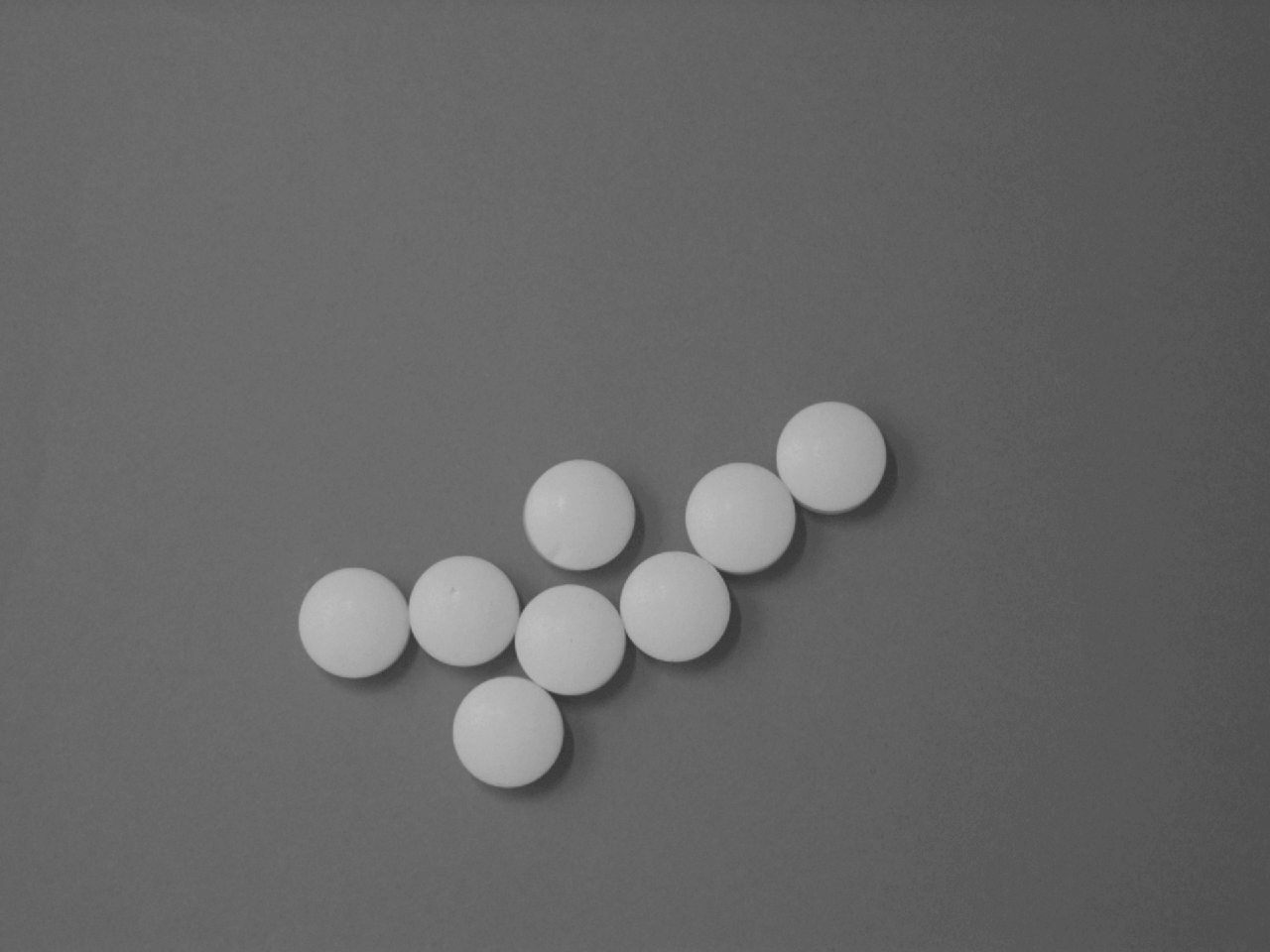 This is the image with the initial regions found, e.g., after color classification: 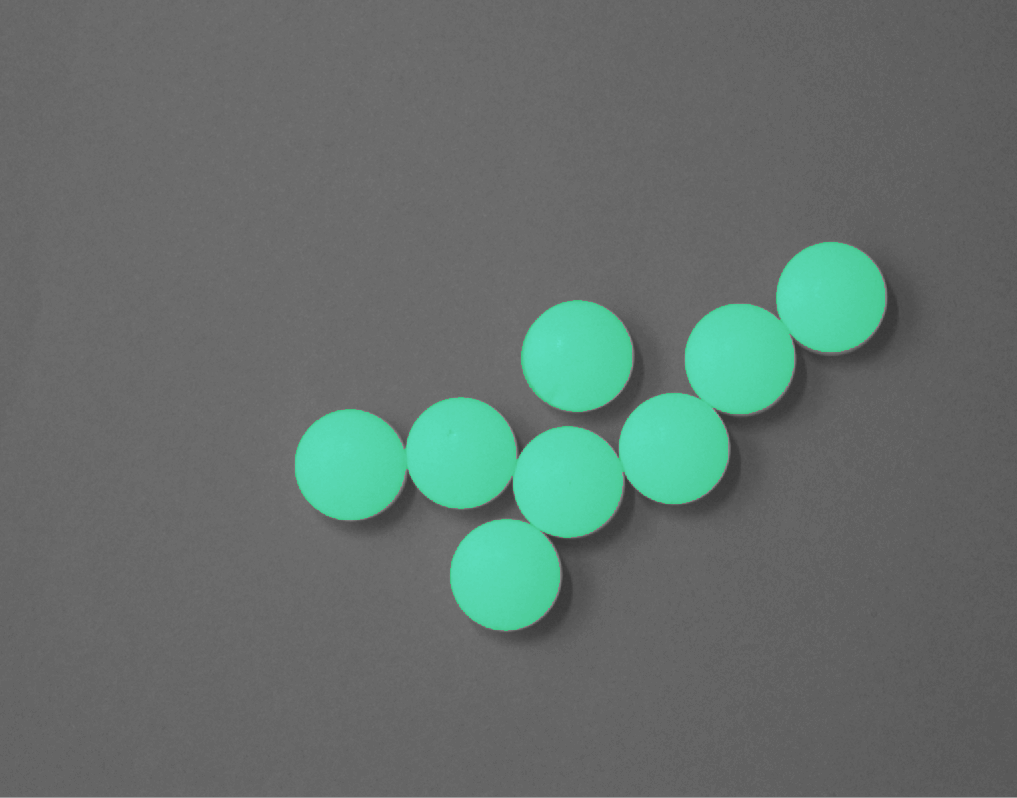 After applying an Erosion operation, the regions look like this: 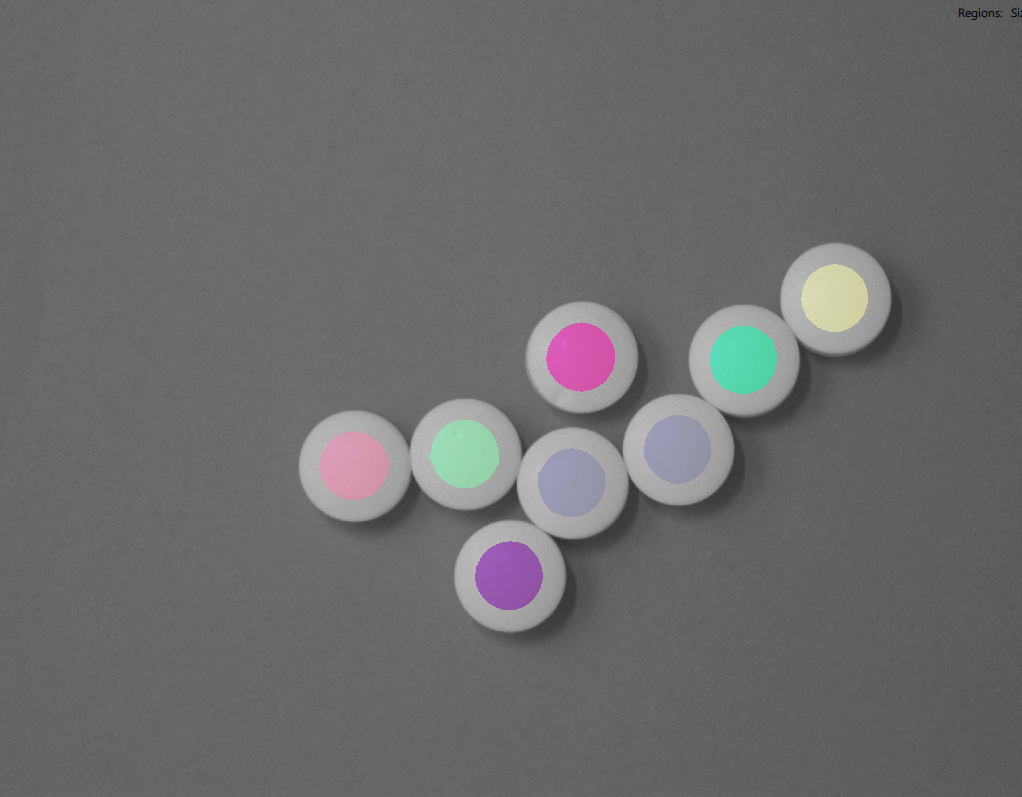 Finally, after applying a Dilation operation, the tablets are separated. 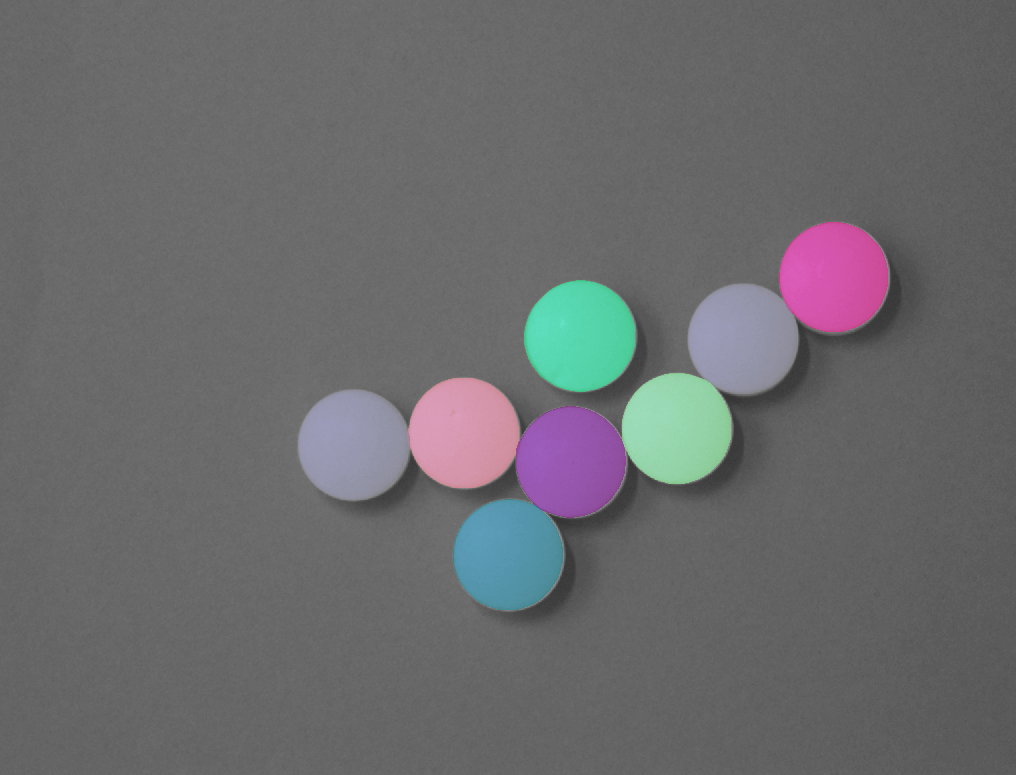 The Opening operation is often used to suppress small regions, e.g., resulting from image noise or clutter, which results in an imperfectly segmented region. In other words, Opening can be used to filter out significantly large region structures by using an appropriate mask.

The following images show that by opening a region with a circular mask of approximately half the size of the target object the fiducials of a circuit board can be detected.

Region filling is used as an intermediate step to turn the rings into filled circles.

This is the input image showing a circuit board: 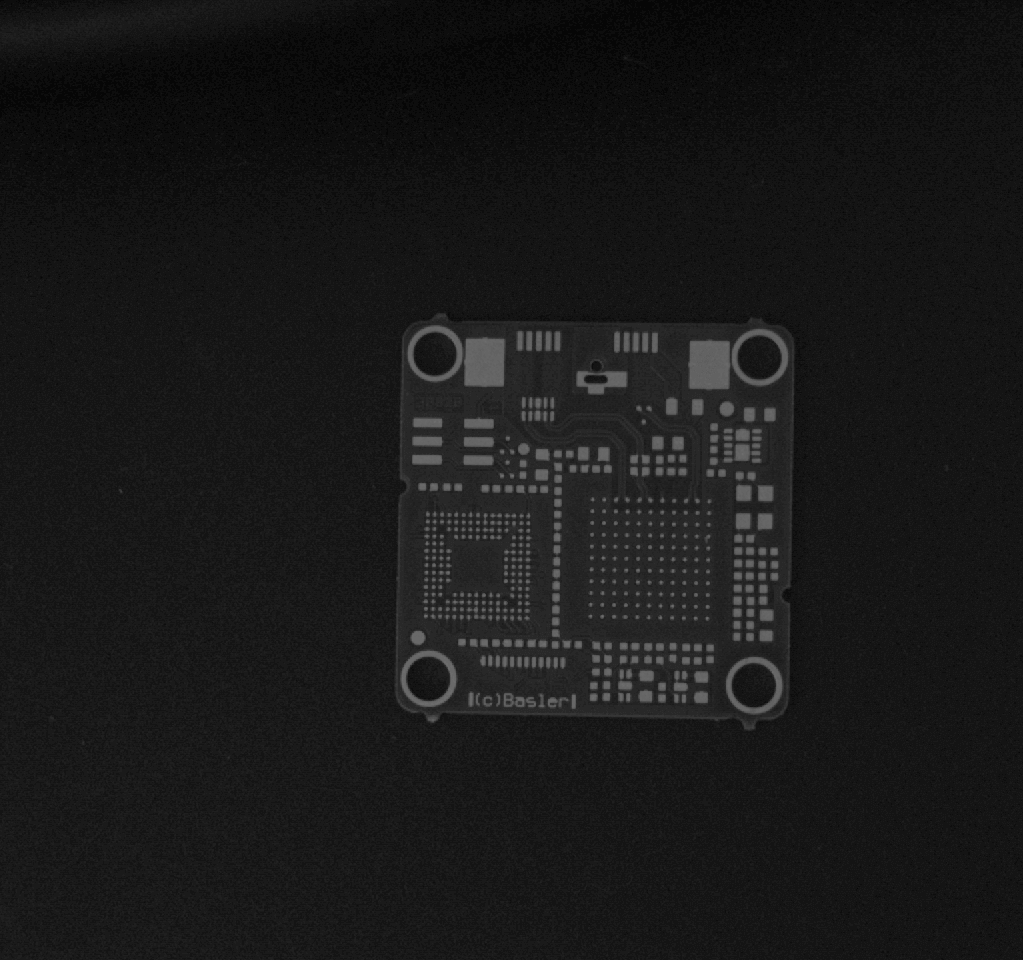 Using thresholding, the light structures in the image can be seen in the output regions: 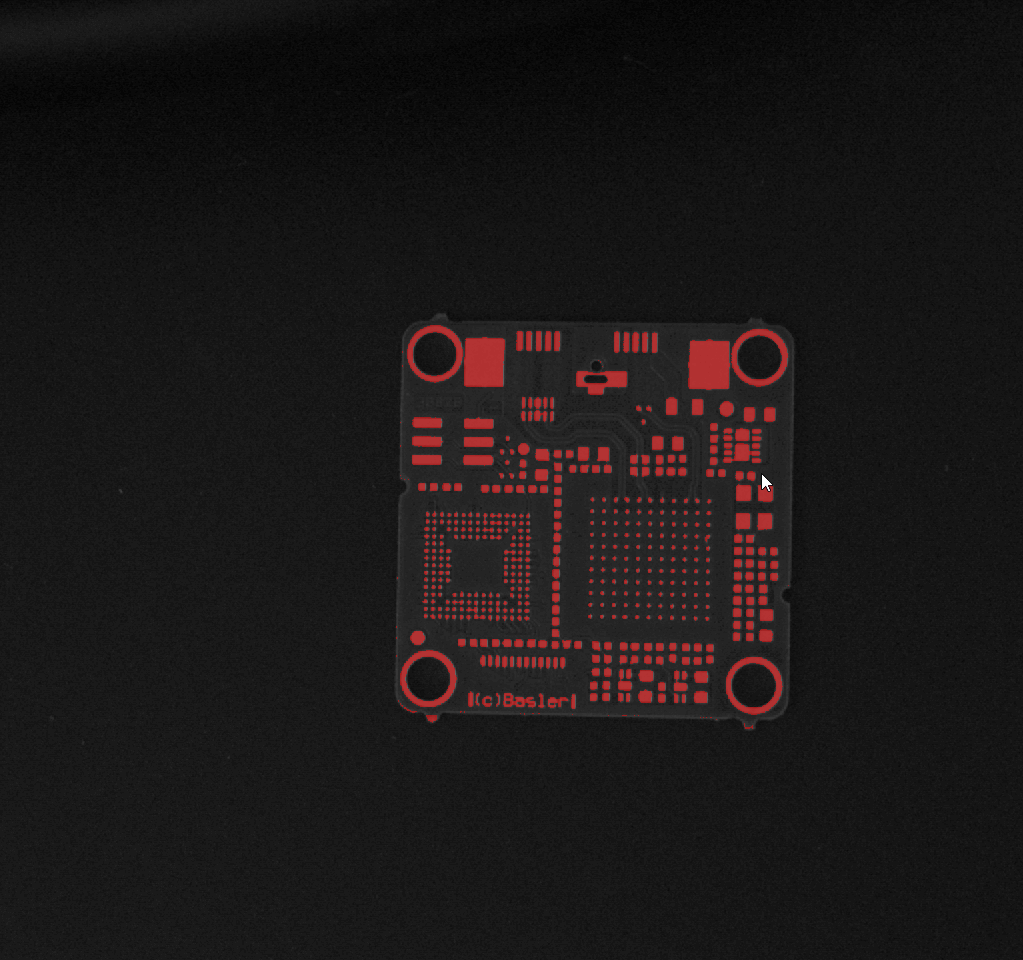 After applying the Filling, the rings are filled: 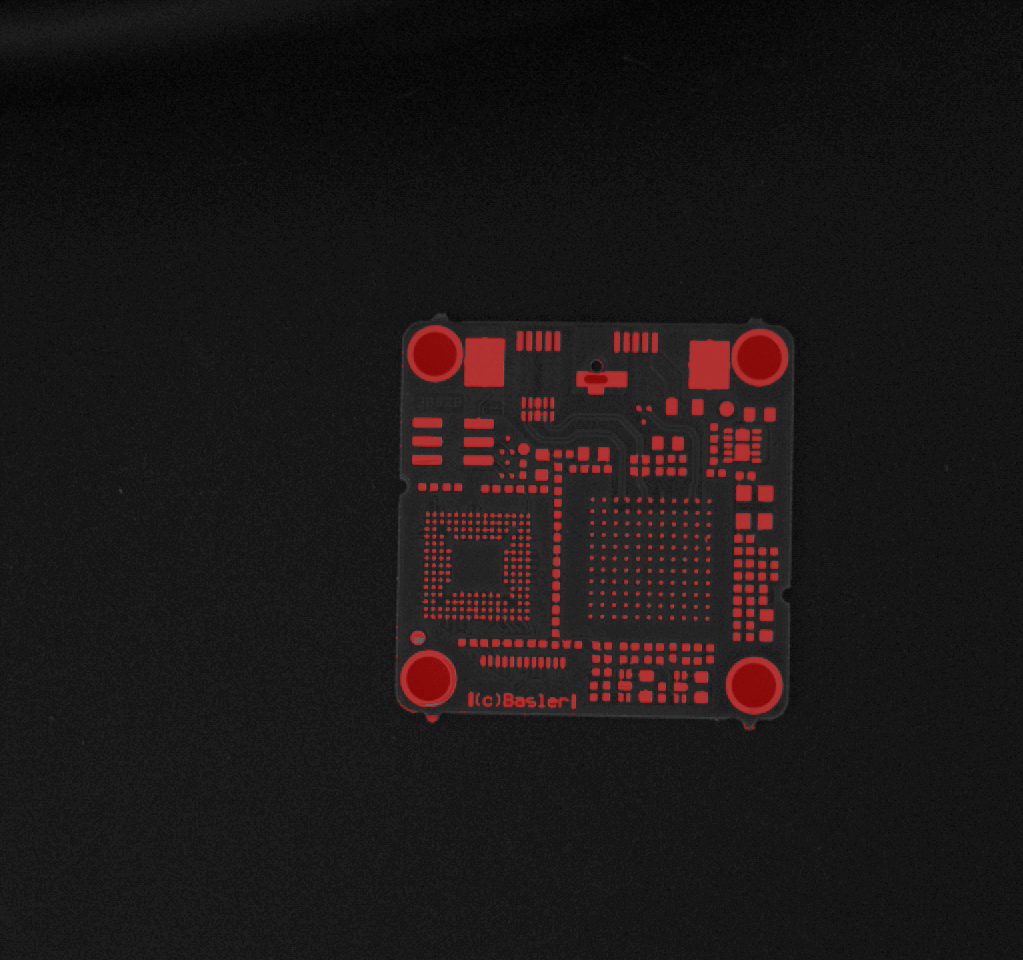 Finally, applying the Opening will eliminate all small regions and leaves only the fiducials as detected regions: 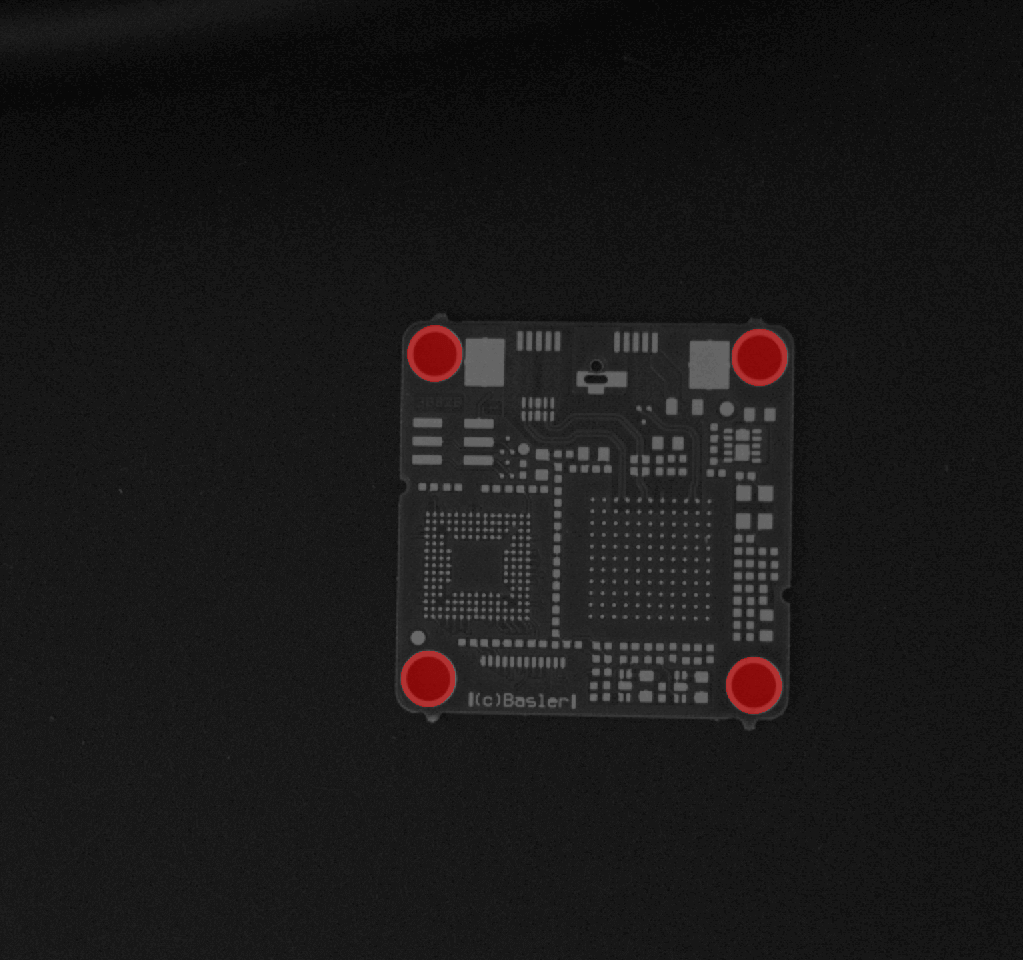 Based on the same circuit board example as before, this example shows how to segment the ball grid array regions. The starting point is the thresholded image showing the light structures shown above.

Apply a Closing with a rectangular mask big enough to bridge the gaps between all the balls of the ball grid array. 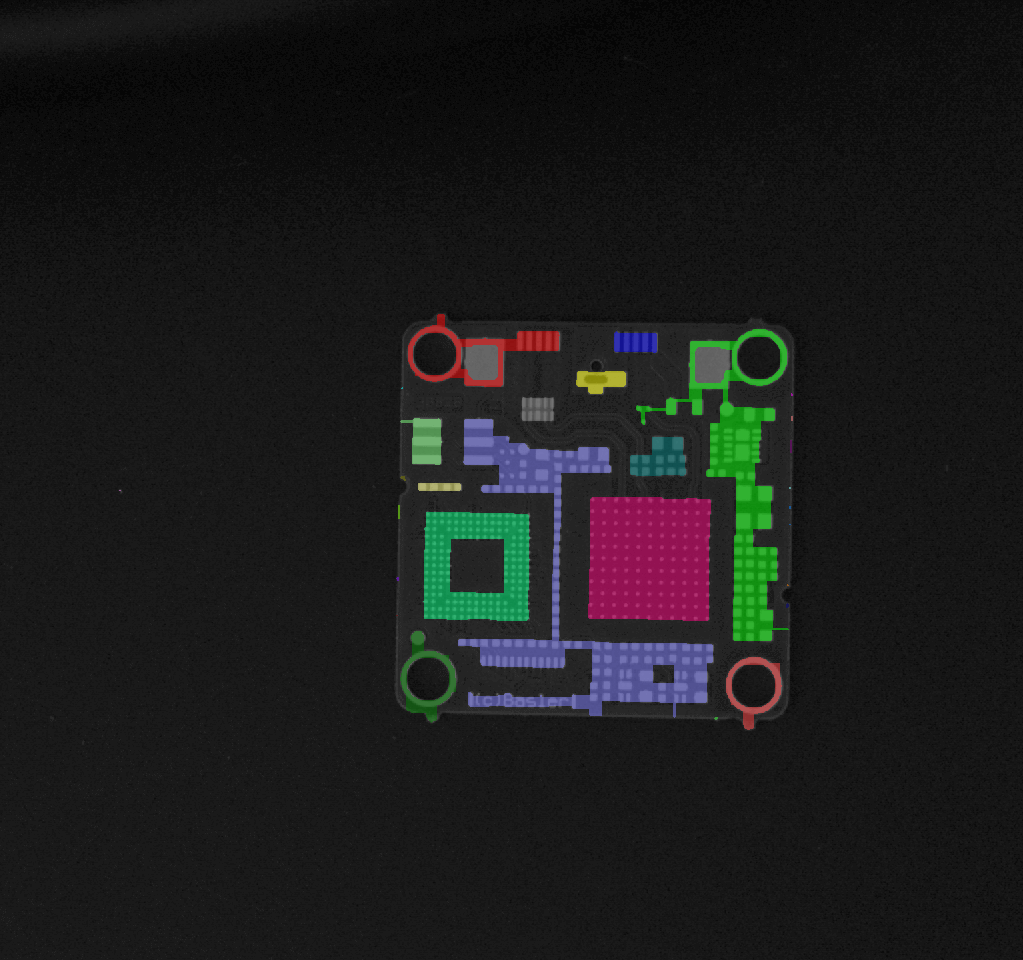 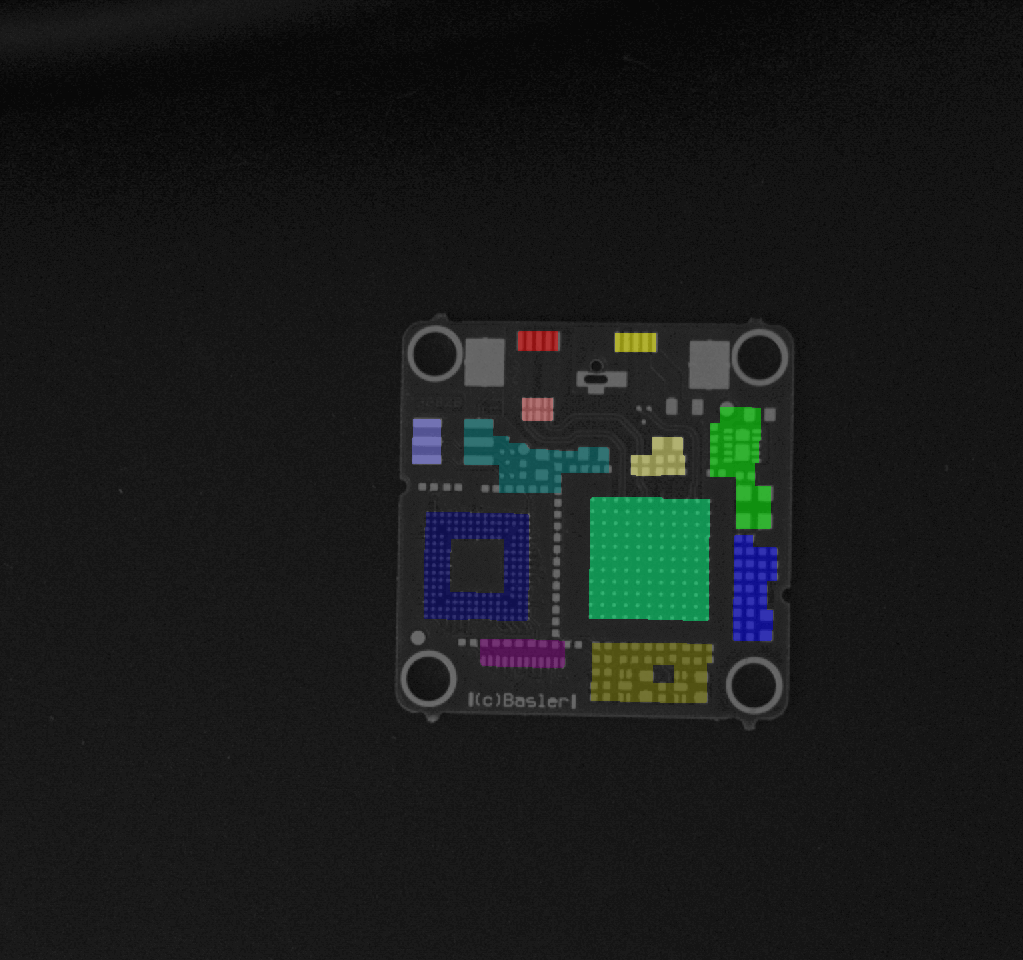 Finally, use the Region Selection vTool to select both ball grid array regions based to their size. 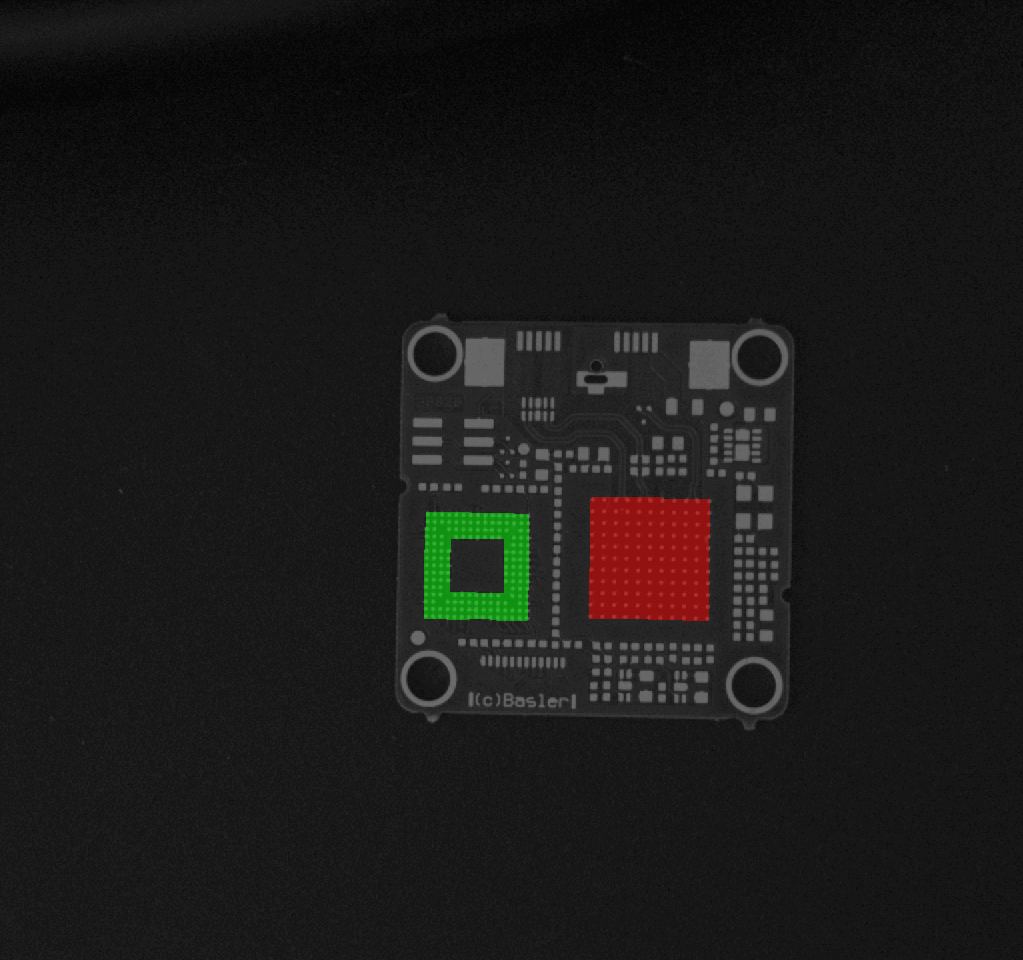 To configure the Region Morphology vTool: 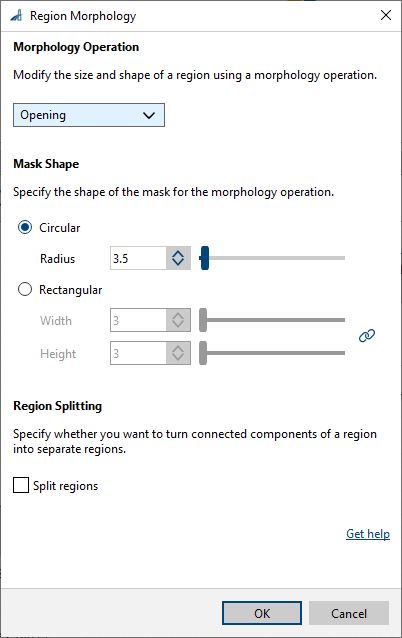 You can view the result of the morphology operation in a pin data view. Here, you can select which outputs to display.

Accepts a single or multiple regions.